Oh I had such a cool idea!!!! I had to make a tag with the theme On the Wing.... I have this really cool mason jar Sizzix die that has matching embossing folder. I had previously cut & embossed several in clear packaging.

And I had this fabulous dragonfly woman that fits perfectly inside.

I had the cool tag from the other day done in similar colors. Best yet , a recipe for fairies in a jar! 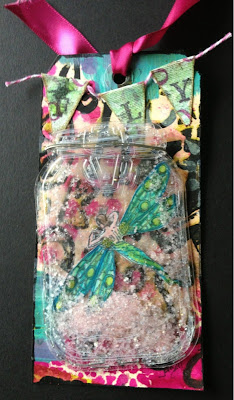 Gosh I had hopes this was going to work, but the glow ran out of juice! Cheap stinking dollar store glow sticks ..... 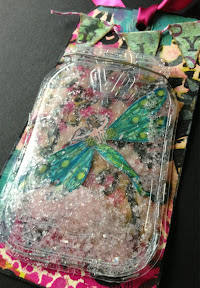 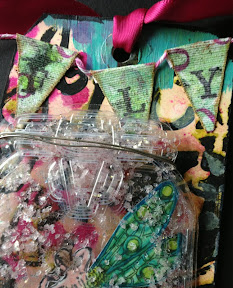 The mason jar was suppose to glow like this: 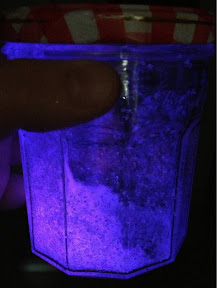 Pretty sweet hey??? You cut up glow sticks in a jar with Diamond Dust glitter & shake!

Sigh.. It would have been so cool if it would have held its glow long enough to get to Minnesota .... 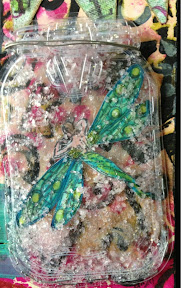 Promote your Page too Blogs with kewl stuff to see